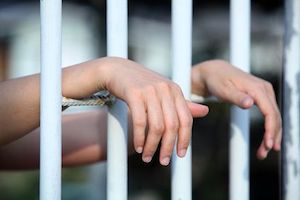 Some people decide to simply plead guilty to their first DUI without even consulting a lawyer. They may figure that it is not worth the trouble of fighting the DUI and assume that it is their first and only charge. However, a decision like this can haunt you in the future should you face repeat DUI charges. Multiple DUIs can result in harsh penalties and a criminal record that makes it challenging to get a job, go to school, or rent a house or apartment. It can be harder to negotiate a good plea deal for a later DUI if you already have prior DUI convictions or multiple charges in a short window of time. Phoenix DUI lawyer James Novak can advise you on your legal options.

Usually, a first DUI is a misdemeanor. It is possible that you will not serve significant jail time, and the suspension of your license is usually no more than 360 days. Generally, any subsequent DUI during the 84 months following an initial conviction will come with a sentence enhancement. Once 84 months have passed from the last violation, a conviction will again be treated as a first-time offense, but prior violations can enter into the picture during sentencing.

A second DUI offense within that 84-month period may involve jail time of 30-90 days and a one-year suspension of your driver's license. Subsequent offenses result in longer jail time. Additionally, multiple DUIs will lead to a requirement that you install an ignition interlock device. This is a device that tests your breath and will not start your car unless you pass the breath test, thereby stopping you from driving drunk. Multiple DUIs are likely to result in the revocation of your driver's license.

A class 4 felony of aggravated DUI will be charged if it is the third DUI within 84 months (even if the prior convictions took place in other jurisdictions) or while you are under a court order to have an ignition interlock device installed on your car. If you are convicted of a class 4 felony, you may be required to serve four months in state prison and may need to pay a fine of $750, as well as thousands of dollars in administrative assessments, fines, and fees. You may need to do community service and go to traffic school.

Moreover, if you are charged with an aggravated DUI, you will not be eligible for probation or another form of suspended sentence. Your license will be revoked for an indefinite period. You can only petition for reinstatement after a certain amount of time passes and you meet specific, court-mandated requirements. A new license cannot be issued until you have served at least one year of your sentence. The court requires installation of an ignition interlock device after the revocation period concludes.

There are defenses that an attorney may be able to raise on your behalf, even if you have prior DUI convictions. In some cases, we can negotiate a plea deal for a lighter sentence, while in other cases, it may be appropriate to try a case because there is a strong enough defense. Sometimes strong procedural or constitutional defenses may be raised. For example, if an officer did not have a reasonable suspicion that a crime had been committed or that a crime was in the process of being committed when he pulled you over, we may be able to bring a motion to suppress any evidence obtained from the illegal stop. Sometimes the tests used to determine sobriety or inebriation are faulty or defective. For example, if a Breathalyzer was not properly calibrated before use, it may be possible to suppress evidence related to the results.

Often, field sobriety tests are unreliable or inaccurate. Many factors can affect the outcome of these tests, and even people who are not impaired for the purposes of driving or who are not at all under the influence may not be able to pass some of these tests. To be accurate, a field sobriety test must be administered in accordance with certain rules and guidelines. If it was not, it may be possible to cast doubt on the test results.

You should take multiple DUI charges very seriously. If you were arrested for a repeat DUI, you should meet with an attorney to devise the strongest possible defense strategy. James E. Novak is a former prosecutor who now represents drivers throughout the Phoenix area, including in Tempe, Mesa, Chandler, Gilbert, Scottsdale, and other areas of Maricopa County. Contact James Novak at (480) 413-1499 or via our online form.