Driving under the influence can lead to harsh punishments in Arizona. Generally, people who are pulled over on suspicion of drunk driving are administered field tests. Refusing to take a test can result in an automatic one-year suspension of a driver's license, or longer if it is not a first offense. The greater the number of DUIs on your record, the greater are the penalties. At the Law Offices of James E. Novak, we are committed to protecting the rights of drivers accused of drunk driving, whether it is a first or subsequent offense. James E. Novak is a former prosecutor who understands how the other side tends to approach these cases, and he can anticipate and counter the prosecution’s strategies. 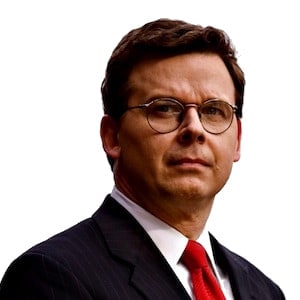 A.R.S. § 28-1381 prohibits driving while under the influence of alcohol if you are impaired to the slightest degree. You can be found guilty of a DUI if you are found in control of a motor vehicle with a blood alcohol content of 0.08% or more. For a first offense, you can be charged with a class 1 misdemeanor and may face up to six months in jail. Additional penalties can include substantial fines, a driver's license suspension for 90-360 days (which can make it difficult to get to your job or school), the installation of an ignition interlock device, probation for three years, and possibly community service hours or an alcohol abuse class. A DUI attorney can help Phoenix drivers avoid or mitigate these consequences to the extent possible in their situation.

It is important to take a first DUI charge seriously and not simply plead guilty. The lookback period in Arizona is seven years. If you are arrested for a DUI within seven years of a prior DUI, you may face a second offense DUI charge. If you are convicted, you will likely face heavier penalties, including at least 30 days in jail with a maximum sentence of six months, a substantial fine, mandatory alcohol classes at your own expense, one year of a driver's license suspension, the mandatory installation of an ignition interlock device for one year, probation for five years, and at least 30 hours of community service.

A third or subsequent DUI offense within the lookback period is charged as a class 4 felony. The third or subsequent DUI need not have been charged within Arizona; in fact, you can be convicted even if your convictions were in other jurisdictions as long as the charge would have been penalized as a DUI, extreme DUI, or super extreme DUI in Arizona. If you are convicted of a third or subsequent DUI, you may face serious consequences and should retain a Phoenix DUI attorney as soon as possible. You may not be eligible for probation or another type of suspended sentence until after you have spent at least four months in prison. Your driver's license will be revoked, such that you will only be able to petition for reinstatement after certain requirements have been met and after a specific time period has passed.

A DUI with injuries will likely be charged as a class 4 felony offense. The prosecutor will need to show that the drunk driving statute was violated and that a bodily injury resulted. Under section 28-661, you must stop and render aid to someone who is seriously physically injured. Leaving the scene can result in being convicted of a class 3 felony. If you caused the accident, you can be charged with a class 2 felony. You could also be charged with aggravated assault involving a vehicle, which is also a class 2 felony. If you are convicted, you may face significant jail time, fines, and other enhanced penalties. When you are a repeat offender, you can face an even longer sentence.

When there are no aggravating factors for a first DUI, you will be charged with a class 1 misdemeanor. You can be charged with a misdemeanor under A.R.S. §28-1381(A)(1) for being impaired to the slightest degree by intoxicating liquor, a vapor-releasing substance, or drugs. You can also be charged if you have a blood alcohol concentration of 0.08 or more within two hours of operating or being in control of a vehicle.

While most DUIs are charged as misdemeanors, you can be charged with felony DUI for an extreme or aggravated DUI. The penalties for a conviction for an felony DUI are more serious than they are for a misdemeanor DUI, so you should promptly consult a Phoenix DUI lawyer to understand your options. If your BAC is between 0.15 and 0.20, you can be fined at least $250, receive a sentence of at least 30 days in jail without eligibility for probation or suspended sentence unless the whole sentence is served, and be ordered to install an ignition interlock device. If your blood alcohol content is more than 0.20, you will face a minimum of 45 days in jail, a minimum fine of $500, and the required installation of an ignition interlock device for a year.

Under A.R.S. §4-244, someone can be prosecuted for underage DUI if they are under the age of 21 and are found in actual physical control of a vehicle while under the influence of alcohol. It does not matter whether you are actually impaired by the alcohol. For a first underage DUI conviction, you face a sentence of 24 hours’ to 10 days’ imprisonment, a $1,600 fine, and a license suspension of 90-360 days. The penalties are steeper for a second or subsequent underage DUI conviction.

Often, a DUI arrest results in a suspended driver's license. We may be able to help you protect your ability to drive. After a 15-day waiting period that starts running from the arrest, your driver's license can be suspended, and the suspension usually lasts 90 days. It is possible to challenge it immediately by asking for a hearing in order to delay the suspension. When blood is drawn, a letter of suspension is received months after the arrest, but it is still important to challenge it. Even if your license is suspended, you may be able to complete an alcohol screening and get a restricted license after 30 days. This license would allow you to drive to your job, school, or medical appointments. It is illegal to drive on a suspended or revoked license.

If you are dealing with the aftermath of a DUI arrest or are concerned about a loved one in this situation, you should consult an experienced lawyer to present an aggressive and comprehensive defense. James Novak represents people throughout the Phoenix area, including in Mesa, Tempe, Chandler, Gilbert, Scottsdale, and elsewhere in Maricopa County. Contact James Novak at (480) 413-1499 or via our online form.

Learn More
Our Practice Areas
View More
Client Reviews
★★★★★
I was facing criminal charges with three priors in my history. Mr Novak was very helpful and got me a lighter sentence than I probably deserved. He is a great attorney and I would highly recommend him. A. T.
★★★★★
James worked tirelessly behind the scenes with the prosecution, to decrease my son’s charges to a more reasonable penalty. I could not have asked for a better, more professional attorney. He treated my son with the utmost respect and walked him through every step of a very difficult situation. S. G.
★★★★★
Attorney Novak did an outstanding job defending my son. Due to his extensive professional background within the court system, he was successfully able to defend my son during a very difficult time for my family. I highly recommend Attorney James Novak for your legal needs. T. G.
View More
Submit a Law Firm Client Review
Tour Our Office

Our office is located on the third floor of the three story building, just south of the U.S. 60, and north of Baseline Road in Tempe AZ. Because of the convenient location near the U.S. 60 freeway, you will find it easy to get to from any Phoenix – East Valley city.

The facility is equipped with a generous amount of private parking, reception areas, and public restrooms on each floor.

Attorney James Novak handles all forms of criminal law, with a primary focus on DUI cases. He offers aggressive, experienced legal defense, with a dedication to protecting your freedom and best interests. Knowing how stressful and confusing a criminal charge can be, Mr. Novak will walk you through every step of the process and will explain all legal and DUI terms, possible penalties, and court-mandated requirements. When you need a proven and compassionate DUI attorney in the greater Phoenix area, contact James Novak.