James Novak can Help if You Face Misdemeanor DUI Charges 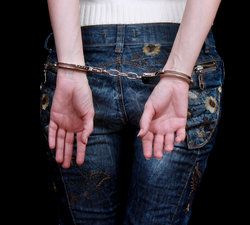 First- and second-offense DUIs are considered misdemeanor charges under Arizona state law. However, even misdemeanors can have serious consequences, including large fines, jail time, and a permanent mark on your record. Because of these outcomes, if you have been convicted of a misdemeanor DUI in the greater Phoenix area, it is vital that you obtain apt legal counsel. James E. Novak is a trusted DUI attorney who has a track record of having his clients’ charges reduced or even dismissed. Whether you are facing misdemeanor charges or a felony offense, he will work tirelessly to defend your case. Contact us today to schedule a consultation.

Arizona drunk driving laws are some of the most severe in the country, and under state law, a misdemeanor DUI can be proved in two ways. If you have a blood alcohol content level greater than 0.08%, you are considered legally intoxicated and are therefore legally prohibited from driving. In this state, however, you can also be charged with a DUI (or drug DUI) if there is evidence that you were “impaired to the slightest degree” while you were operating a motor vehicle. This means that you can be found guilty of drunk driving based on your appearance, field sobriety test, or behavior – even if you were completely sober at the time you were pulled over and arrested.

Both types of convictions are treated equally as misdemeanor charges in a court of law, so it is vital that you seek out top-quality legal counsel when facing a charge.

Although there are more serious charges, such as an Extreme DUI or a Super Extreme DUI, standard DUI charges can still carry severe penalties. First-offense DUIs typically result in at least a day in jail, and more than $1,250 in fines and fees. Your license will be suspended for 90 days, and you will have to use an ignition interlock device when you regain your license.

The penalties increase for your second offense, including at least 30 days in jail, and more than $1,750 in fines and fees. Your license will be suspended for a full year, and you will also be required to use an ignition interlock device.

Fortunately, while the penalties for a DUI are strict, with a good lawyer on your side, there is a chance that your sentence may be reduced, or that your charges may be dismissed altogether. Possible defenses include:

There are many other possible defenses for your misdemeanor charge. The specific arguments used in your case will depend on your particular situation.

If you are facing misdemeanor DUI charges, your best chance of beating those charges lies in finding a good attorney. Contact attorney James Novak today to set up your initial consultation. Once he takes you on as a client, he will work tirelessly to create an effective defense strategy.