What are Defenses for Marijuana DUI? 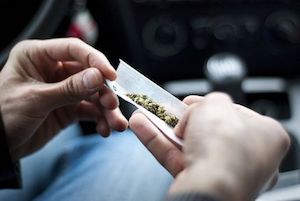 Medical marijuana is legal Arizona under the provisions of the Arizona Medical Marijuana Act. However, it is not legal for a person to drive if the marijuana results in driving impairment.

The state and prosecution have the burden of proving that a person driving under the influence of Marijuana was driving impaired to the slightest degree. This is not always an easy task considering Arizona does not have any statutory measurement of how much is an impairing amount. The courts recognize that individuals differ in their tolerance to the active ingredient THC in Marijuana. The residual effects of marijuana can remain weeks or even months after a person’s body in the form of a non-impairing metabolite known as Carboxy-Tetrahydrocannabinol. So it is not uncommon for a person to test positive for marijuana even though they were not driving impaired.

The defenses used by DUI attorney James Novak are based on the circumstances that surrounded your case. James Novak tailors each defense strategy uniquely to the facts of the case. The best defense strategies are those that will likely result in the best possible outcome in your case. It is important that you consult an experienced DUI defense attorney, like James Novak, of The Law Office of James Novak, to discuss your matter and options for defense before pleading guilty.

James E. Novak is an experienced DUI criminal defense lawyer, and former prosecutor. If retained, he will protect your rights and defend your marijuana DUI charges. He is highly skilled in defending all types of impaired driving charges. James Novak is devoted to protecting the rights of individuals charged with DUI. He will work passionately to protect your future and freedom, and get the best possible outcome in your case. If you are facing any type of DUI drug charge, contact the Law Office of James Novak today at (480) 413-1499 or complete our on-line contact form.

A marijuana DUI charge usually begins with a routine traffic stop, a police officer pulling you over and approaching your car window. At this point, if he or she detects any signs of marijuana use, including bloodshot eyes, odor, or visible paraphernalia, there is probable cause to search your car and to assume you are under the influence.

The law says you can be charged with DUI if the officer has cause to believe you are impaired to the slightest degree while driving. And, by operating a vehicle in Arizona, you have given your implied consent to a drug test. If you refuse to take a blood test, it will be counted as evidence against you.

There is no acceptable amount of active marijuana compounds to have in your system; the law states, “a person is in violation of DUI law by operating a vehicle with any trace of marijuana in his or her system as detected by THC metabolites in bodily fluids.” Even if you have a medical marijuana card, Arizona law will not recognize it as a doctor’s prescription, and in any case, you can receive a DUI for driving while impaired by prescription drugs.

What is the Difference Between Penalties for a Marijuana DUI v. Alcohol DUI?

Criminal penalties for a Marijuana or drug DUI are similar to those of an alcohol DUI. The main difference is that the requirement of an Ignition Interlock Device (IID) is no longer mandatory in sentencing. Instead, ordering use of the IID is at the judge’s discretion.

The potential penalties for a first time, non-aggravated conviction of marijuana DUI include 10 days jail time; fines fees and assessments of up to $1250.00,

In addition, a conviction calls for driver’s license suspension or revocation, participation in drug screening and education treatment, probation and possible community service or restitution Penalties are more severe for subsequent DUI convictions.

A conviction can have many adverse consequences on a person’s life including family, job, school, residency, credit and finances. It is important that you consult an experienced criminal defense attorney to protect your rights and defend your charges.

What are Some Possible Outcomes of a Marijuana DUI Charge?

If you face any DUI all you want is for the charges to go away. While this does happen occasionally, it is not always the case.

If it is not possible to get your charges dismissed, James Novak will seek the most favorable alternatives and skillfully negotiate on your behalf. Some favorable outcomes include:

With the potential consequences of marijuana DUI, it is important that you secure the best legal representation possible. The attorney you chose can have a significant impact on the resolution of your case.

If you face DUI charges of any kind, time is of the essence. Retaining your own criminal defense attorney will increase your chances of getting a favorable outcome for your charges. This will enable your attorney to protect your rights and begin working on your case.

James Novak, The Law Office of James Novak, is a former Maricopa County prosecutor and experienced criminal defense attorney. He offers a free initial consultation for those with active charges in Phoenix, Tempe, Mesa, Gilbert, Chandler, Scottsdale, and Phoenix AZ. To find out how attorney James Novak can help you resolve your Marijuana DUI charges, call (480) 413-1499 or complete our on-line contact form today.

CONTACT US NOW
Practice Areas
Phoenix DUI Law Blog - Marijuana
Client Reviews
★★★★★
I was facing criminal charges with three priors in my history. Mr Novak was very helpful and got me a lighter sentence than I probably deserved. He is a great attorney and I would highly recommend him. A. T.
★★★★★
James worked tirelessly behind the scenes with the prosecution, to decrease my son’s charges to a more reasonable penalty. I could not have asked for a better, more professional attorney. He treated my son with the utmost respect and walked him through every step of a very difficult situation. S. G.
★★★★★
Attorney Novak did an outstanding job defending my son. Due to his extensive professional background within the court system, he was successfully able to defend my son during a very difficult time for my family. I highly recommend Attorney James Novak for your legal needs. T. G.
View More
Submit a Law Firm Client Review