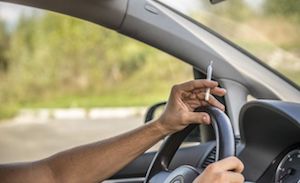 In 2020, Arizona legalized the recreational use of marijuana. However, driving under the influence of marijuana is still against the law. This puts many marijuana users in the difficult position of knowing when they are safe to drive and under what circumstances they can face criminal prosecution under Arizona marijuana DUI law. Phoenix drug crime lawyer, James E. Novak, has decades of experience handling a wide range of drug DUI cases, including representing clients arrested for driving under the influence of marijuana.

Metabolites and Their Impact on a Marijuana DUI

When someone ingests marijuana, their body immediately starts to break down the drug in a series of chemical reactions. This releases metabolites, which are a byproduct of the body breaking down the substance. After consuming marijuana, the body initially creates THC, which is the active metabolite of marijuana. THC is the chemical compound that gives users the feeling of being “high” and can impair someone’s ability to drive. Over time, as the body metabolizes THC, it turns into inactive metabolites that are not capable of causing impairment.

Over the past decades, courts wrestled with how to deal with the presence of inactive metabolites. On one hand, they indicate prior drug use. However, on the other hand, they do nothing to impair your ability to drive. Thus, in a 2014 opinion, the Arizona Supreme Court held that the presence of an inactive metabolite, without more, cannot serve as the basis for a marijuana DUI conviction.

These changes to the state’s marijuana DUI laws make proving a case against you more difficult. However, those facing any Phoenix DUI offense should not assume that they are in the clear and should consult with an experienced Arizona criminal defense attorney to ensure their arrest has as little impact on their life as possible.

Arizona is consistently ranked as one of the strictest states for DUI punishments. And the legalization of marijuana did not change any of the punishments for driving under the influence of the drug.

First Offense: Between one and ten days in jail and up to five years of probation.

Second Offense: Between 30 to 90 days in jail and up to five years of probation.

In addition to the above, you will face thousands of dollars in fines and assessments and a license suspension of up to one year.

How a Lawyer Can Help You Fight a Marijuana DUI Charge

If you were arrested for a Phoenix marijuana DUI offense, working with an experienced DUI defense attorney can significantly increase your chances of securing a favorable result. If you have not been convicted of a DUI in the past, a lawyer may be able to negotiate a reduced charge with the prosecutor. If that is not an option, your attorney can fight to keep incriminating evidence out of the trial by litigating a motion to suppress. A motion to suppress evidence may be appropriate in any of the following situations:

Additionally, under the new Marijuana DUI laws, a lawyer can argue that you were not actually impaired by marijuana.

Were You Arrested for a Marijuana DUI?

New developments in Arizona marijuana DUI law open the door to defenses that were previously unavailable. If you face allegations of driving under the influence, the Law Office of James E. Novak can help. Attorney Novak has represented clients facing DUI charges for decades and has successfully resolved hundreds of cases on behalf of his clients. To learn more, and to schedule a free, confidential consultation, call 480-413-1499 today.