What You Need to Know: DUI with a Commercial Driver’s License 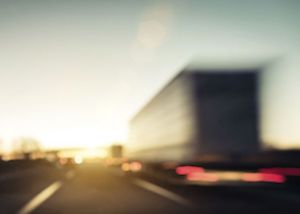 DUI While not Operating a Commercial Vehicle

If you are charged with a DUI while operating a vehicle other than your commercial vehicle, your CDL and your career may be impacted. The potential penalties for a DUI charge for drivers with a CDL will vary depending on your BAC levels and other factors. If your DUI charge results in a suspension of your standard driver’s license, your CDL will be suspended as well. It is important to work with an experienced DUI lawyer who can work to minimize the suspension period of your licenses, which can reduce consequences in other areas of your life, including your employment.

In addition to the potential suspension of your license for one year or more, a DUI can affect your current and future employment.

A prior DUI conviction does not necessarily disqualify you from obtaining a CDL, however, the previous DUI sentence must be served to its completion before you can apply for a CDL. When applying for a CDL, you must list any prior convictions, including any that occurred in other states. Failure to disclose this information will result in an automatic rejection of your application by the Arizona Motor Vehicle Department. A second DUI conviction will result in a complete loss of the CDL.

DUI While Operating a Commercial Vehicle

Consequences of a DUI with a CDL

In addition to the potential suspension of your license for a year or more, a DUI can affect your current and future employment. If you are charged with a DUI you could be suspended from or lose your current job. Most trucking companies do not tolerate their employees driving under the influence. This can result in lost wages, and you will see an increase in your care insurance rates.

CDL holders convicted of a DUI are likely to receive harsher fines and other penalties in addition to the suspension of their license. While a prior DUI may not prevent you from obtaining a CDL, it can make it more difficult and can make finding future employment as a truck driver much more complicated.

If you are a commercial truck driver and you have been charged with a DUI, you should contact an experienced DUI attorney as soon as possible. An attorney who specializes in DUIs such as James Novak can potentially have the charges against you dismissed, allowing you to keep your license and your job. Contact The Law Office of James Novak today to discuss your case in detail.