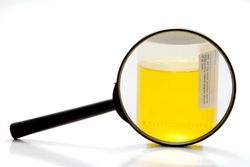 The state of Arizona has a blood alcohol content (BAC) limit of 0.08 for individuals operating a motor vehicle. If you are arrested for suspicion of driving under the influence (DUI), you will be asked to take a chemical test for BAC, and refusal of this test results in an automatic one-year suspension of your driver’s license under Arizona’s implied consent law. Although DUI blood tests and breath tests are typically used to collect evidence in impaired driving cases, a urine test may also be used. However, urine testing is considered to be the least accurate way to measure impairment. If you were arrested for intoxicated driving and took a DUI urine test, experienced attorney James Novak in Greater Phoenix can contest the validity of your test to have charges reduced or dismissed. Contact the Law Office of James Novak today to schedule a consultation.

In Arizona, you can be charged with DUI for being under the influence of alcohol or a variety of substances, including prescription drugs. Breath tests are often given when alcohol-related impairment is suspected, but these do not test for drugs. If the officer suspects you of drug-related DUI, you can be transported to a certified detention facility for a DUI urine test. The DUI urine test must be administered by a laboratory technician certified in the procedure. The technician will collect and test your urine sample. If the test comes up positive for drugs or alcohol, you will be charged with DUI.

All chemical tests can lead to false positives by detecting latent substances in the driver's body that are no longer causing impairment. DUI urine tests are especially inaccurate at pinpointing the time frame during which drugs or alcohol were consumed or ingested because these byproducts can remain in the bloodstream for days or even weeks, depending on the individual. Additionally, the presence of alcohol or drug byproducts in urine can only provide an estimate of a driver's intoxication level. As a result, a urine test is generally only used to estimate BAC when blood or breath testing is not available.

There are several other known issues related to DUI urine testing:

Even though DUI urine tests are the least reliable of all chemical tests, the results can still hold up in court.

At the Law Office of James Novak, we can help you avoid the life altering consequences of a conviction that is based on DUI urine testing. Contact our legal practice today to learn more.