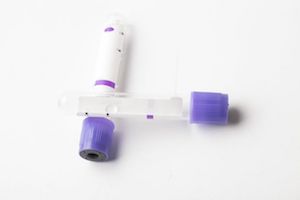 In the state of Arizona, a refusal of a blood test when pulled over under the suspicion of driving under the influence can result in the suspension of your driver’s license for one year. Attorney James E. Novak is an expert in DUI law and can help you understand your blood test refusal rights and options following a DUI in Phoenix, AZ. Arizona’s strict DUI laws extend to the refusal of DUI tests, including blood, breath, and urine tests, which can result in harsher punishments when combined with a DUI conviction. Expert DUI lawyer James E. Novak can provide you with essential legal counsel to have your charges dropped or your penalty reduced. If you have refused or failed a blood test, contact the Law Office of James E. Novak today for an initial consultation.

Arizona has what is known as an “implied consent” law. This law states that, in exchange for the receipt of your driver’s license, you agree to consent to any blood, breath, or urine test requested by a police officer that pulls you over with reasonable suspicion that you are driving under the influence. The police officer can choose which of the three tests to give you, and the test must be administered within two hours of you operating or having control of the vehicle.

With the proper legal representation, your case may be dismissed, or you could be issued a reduced sentence.

If you refuse to consent to a blood test, you will be required to surrender your driver's license. Your arresting officer must fully explain to you the consequences of your refusal and will then file a report with the state of Arizona to have your license suspended. You reserve the right to change your mind and take the blood test without suffering any consequences of your previous refusal.

The penalties for refusing a blood test are as follows:

Refusing to consent to a blood test does not guarantee that you will not be convicted of a DUI. If your arresting officer makes a convincing case that he or she had probable cause and reasonable suspicion that you were driving under the influence, you may still be convicted of a DUI. A conviction of a DUI coupled with your refusal to consent to a blood test can result in more severe penalties:

If you have refused or failed a blood test and are facing severe DUI penalties as a result, it is in your best interest to contact a skilled DUI lawyer as soon as possible. With the proper legal representation, your case may be dismissed, or you could be issued a reduced sentence. Contact The Law Office of James E. Novak today for an initial evaluation of your case.