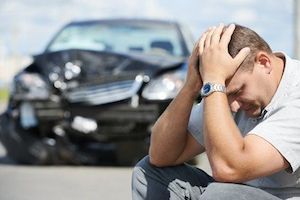 Being charged with a DUI is a serious matter, but when an accident is involved, the situation becomes even more dire. If you were involved in an accident that caused a serious injury, death, or property damage, a DUI charge will automatically be raised to an aggravated DUI charge. Because of the grave nature of a conviction, if you have been charged with an accident-related DUI, you should immediately seek out qualified legal help. James E. Novak has helped many clients who were facing DUI accident charges in the greater Phoenix area. Having focused primarily on DUI cases for a number of years, James Novak has a thorough knowledge of DUI law and knows how to successfully argue against a felony drunk driving conviction. Contact us today to learn more.

Requirements for a Conviction

When dealing with a DUI accident case, the prosecution faces a significantly greater burden of proof. First, the prosecution must prove that you were, in fact, “impaired to the slightest degree.” Like any Arizona DUI case, proof may be found in the blood test, witness accounts, and police observations of your behavior and driving patterns. In addition, the prosecution must demonstrate:

Consequences of a Conviction

As with any felony charge, if you are found guilty of a DUI charge involving an accident, you will face heavy penalties. These can include at least four months in prison, more than $150,000 in fines, a three-year license suspension, and an ignition interlock device.

Although these penalties sound frightening, it is more difficult to prove guilt for a DUI with an accident, so there is hope - especially if you enlist the representation of an experienced attorney. James Novak has represented many of these cases and is highly familiar with the most successful defense tactics. Using the right arguments, Novak may be able to have your charges reduced or even dropped completely. Previous successful strategies include:

There are, of course, many other effective arguments that may be used. James Novak may use other strategies to defend you, depending on the specifics of your case. Even if he believes reduced or dropped charges are not possible, he will work tirelessly to negotiate a reduced sentence.

If you are facing DUI charges involving an accident, you should seek out immediate legal assistance. Call the Law Offices of James E. Novak today and get started on the path to a successful legal defense. Attorneys are ready to take your calls 24 hours a day, 7 days a week, and they will be happy to book your consultation with James Novak.