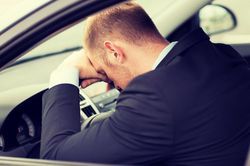 In Arizona, you can be charged with driving under the influence (DUI) even if you were not actually operating a motor vehicle at the time of the arrest. For example, if you are intoxicated and decide to sit in your car while waiting for a ride to arrive, a police officer could reason that you intended to drive and arrest you.

In order to bring successful charges, the officer must prove beyond a reasonable doubt that you were in “actual physical control” of the vehicle while under the influence. However, actual physical control (APC) is not defined in Greater Phoenix under Arizona law. It is a tool used by law enforcement to support DUI charges when a vehicle is at rest, and it is a subject of debate. If you have been charged with DUI even though you were not driving, experienced DUI attorney James E. Novak can help. As an expert in DUI defense, he can navigate the finer points of APC to build a strong case in your favor. To schedule a consultation, contact the Law Office of James Novak today.

Understanding the Basis of APC

Arizona law prohibits individuals from driving or being in actual physical control of a motor vehicle while impaired. When it is found that an individual posed a threat to the public through “present or imminent control” over his or her vehicle while impaired, that person can be found guilty of DUI. APC is most often invoked in cases where a driver is encountered by police while he or she is resting or sleeping inside a stationary vehicle. Although it may seem unjust, APC can be used to support serious DUI charges and penalties.

Much of the legal debate over APC is focused on determining an individual's “intent” to drive. In 1983, the Arizona Supreme Court found that it was reasonable to allow a driver who believes that he or she is driving impaired to pull completely off the highway, shut off his or her car, and sleep until sober without fear of arrest for being in control. A more recent appeals court decision held that physical control does not mean “potential control.” Despite these and other attempts at clarification, APC is still being debated.

Because APC is considered a legal gray area, a range of factors must be used to determine the intent of an accused driver. James Novak has been very successful at achieving “not guilty” verdicts by understanding the complex factors involved in APC cases. These can include:

We can discuss the details of your case to determine the best course of action during a personal consultation at our practice.

If you were acting responsibly by not driving, yet were still charged with DUI, we can provide expert legal defense. Contact our law firm today to schedule a consultation.

CONTACT US NOW
Practice Areas
Phoenix DUI Law Blog - Actual Physical Control
Client Reviews
★★★★★
I was facing criminal charges with three priors in my history. Mr Novak was very helpful and got me a lighter sentence than I probably deserved. He is a great attorney and I would highly recommend him. A. T.
★★★★★
James worked tirelessly behind the scenes with the prosecution, to decrease my son’s charges to a more reasonable penalty. I could not have asked for a better, more professional attorney. He treated my son with the utmost respect and walked him through every step of a very difficult situation. S. G.
★★★★★
Attorney Novak did an outstanding job defending my son. Due to his extensive professional background within the court system, he was successfully able to defend my son during a very difficult time for my family. I highly recommend Attorney James Novak for your legal needs. T. G.
View More
Submit a Law Firm Client Review