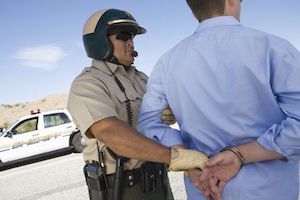 DUI stands for “driving under the influence,” and the charge actually encompasses several types of violations. Because there are different types and degrees of DUI, if you are facing charges, it is important that you understand the DUI specifics that apply to your case. Phoenix DUI attorney James E. Novak can walk you through the often confusing world of DUI charges to help you understand the charges you face. He can then carefully craft a solid defense and provide aggressive representation in court. Contact us today to schedule a consultation.

DUIs are most commonly referred to as “drunk driving,” but the term can also refer to driving under the influence of drugs or medications. Arizona has some of the harshest DUI laws in the nation, and there are actually two types of regular misdemeanor DUI convictions in this state. Most people are familiar with the DUI charge that results from an elevated blood alcohol content level. After an officer has stopped you, if he has further suspicion that you are intoxicated or under the influence of drugs, he may administer a field sobriety test, a series of physical exercises to test your reflexes, coordination, and eye movement. If you fail the field sobriety test, he will arrest you on suspicion of a DUI and will likely administer a blood test. It is important to note that you do not have to submit to a blood or breath test before being arrested. However, once you are taken into custody, implied consent laws state that you must submit to the test. These laws are currently being debated in federal courts, but have yet to be changed.

A BAC above 0.08% qualifies as intoxication, and can result in a DUI. However, if an officer detects even a trace of illegal substances in your blood, you can be levied with a DUI as well as drug charges. In addition, if you are under 21 and have any trace of alcohol in your system, it will result in a charge.

Impaired to the Slightest Degree

To receive the second type of conviction, an officer merely needs to prove that you were “impaired to the slightest degree” while driving. This means that you do not actually have to be drunk to be charged with drunk driving. The court bases this charge on your appearance and behavior, the results of your field sobriety test, and the testimony of the police officer. If the court has reason to believe that your BAC was above 0.08% two hours before the arrest, or that your driving was impaired because of alcohol or drugs, you can be charged with drunk driving, even if you have a BAC of 0.00% at the time of the arrest.

DUI penalties are harsh and can be life-altering. If you are facing a DUI, contact us today. James Novak will bring his advanced training and years of experience to work for you, and will craft a case that can result in reduced or dropped charges.