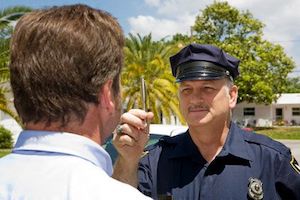 DUIs may be punished harshly in Arizona, particularly if they are repeat offenses or involve bodily injuries. It is important to have an aggressive defense even if you are only charged with a misdemeanor, especially since any subsequent offense in the seven-year lookback period will be punished even more harshly. If you are looking for a strong DUI defense, you should contact an experienced criminal attorney. Phoenix DUI lawyer James E. Novak is a former prosecutor who puts his insights about how these cases are prosecuted to work for the accused.

Understanding Ways to Attack a DUI Charge in Arizona

Although there are substantial penalties for DUI convictions in Arizona, a conviction is not assured, even if you took a blood test. There are numerous potential defenses that we may be able to raise, depending on your unique circumstances.

In order to make a DUI arrest, the police officer must have probable cause. The Fourth Amendment provides protection from unreasonable searches and seizures of your person, home, car, and personal effects. Under the Fourth Amendment, probable cause requires police officers to have a reasonable belief that a crime has taken place, a standard that is higher than a reasonable suspicion. Probable cause includes objective circumstances and facts known to the police that would lead a reasonable person to determine that criminal actions had taken place or were taking place. You cannot be arrested on a hunch that you were driving under the influence, unless the police already have a warrant for your arrest.

Sometimes it is possible to attack the evidence used to create probable cause. For example, even if you failed a portable breath test or field sobriety test, and this created the probable cause, there may be a basis for a Phoenix DUI attorney to challenge those tests if they were improperly administered. For example, field sobriety tests, such as the horizonal gaze nystagmus, the walk and turn, and the one-leg stand, are supposed to be given following the guidelines of the National Highway Traffic Safety Administration (NHTSA). The guidelines indicate that these tests should not be given if you are 50 pounds or more overweight, have a disability affecting balance, are wearing heels that are 2+ inches high, or are over the age of 65, among other things. Additionally, portable breath tests are known to have accuracy problems, and blood tests are sometimes handled inappropriately by labs. When the evidence used by an officer to acquire probable cause for the arrest does not stand up, the criminal charge for a DUI should be dismissed.

There may be other constitutional defenses as well. For example, the police are not supposed to question you in custody without giving you Miranda warnings that let you know that you have a right to remain silent, that your statements can be used against you, and that you have the right to an attorney. It may be possible to get any incriminating statements that you made suppressed if the police fail to provide any of these warnings, or an attorney after you have requested an attorney.

Consult a DUI Lawyer in Phoenix or the Surrounding Cities

You should not take a DUI charge lightly. If you have been arrested for a DUI in Arizona, you should consult a tough, experienced lawyer to present the strongest available defense. James E. Novak represents defendants throughout the Phoenix area, including in Tempe, Mesa, Chandler, Gilbert, Scottsdale, and other cities in Maricopa County. Contact James Novak at (480) 413-1499 or use our online form to set up your appointment.

CONTACT US NOW
Practice Areas
Phoenix DUI Law Blog - DUI
Client Reviews
★★★★★
I was facing criminal charges with three priors in my history. Mr Novak was very helpful and got me a lighter sentence than I probably deserved. He is a great attorney and I would highly recommend him. A. T.
★★★★★
James worked tirelessly behind the scenes with the prosecution, to decrease my son’s charges to a more reasonable penalty. I could not have asked for a better, more professional attorney. He treated my son with the utmost respect and walked him through every step of a very difficult situation. S. G.
★★★★★
Attorney Novak did an outstanding job defending my son. Due to his extensive professional background within the court system, he was successfully able to defend my son during a very difficult time for my family. I highly recommend Attorney James Novak for your legal needs. T. G.
View More
Submit a Law Firm Client Review