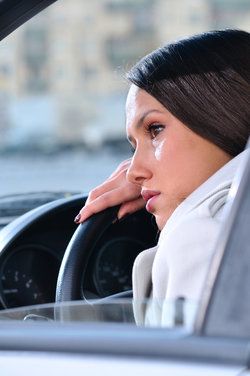 If you have been accused of drunk or impaired driving, there is no doubt you are already feeling frightened and confused. Fortunately, Attorney James E. Novak understands how confusing this process can be, and he can explain all DUI terminology during a consultation at his Phoenix practice. Contact us today to learn more.

Blood Alcohol Content – Often abbreviated as BAC, this is a measurement of the percentage of alcohol in your blood stream. A percentage of 0.08% or higher legally qualifies as intoxication.

Blood Test – One of the primary ways to obtain a BAC reading. Blood tests should be administered by properly trained officials.

Breathalyzer Test – Breathing into a breathalyzer gives police officers a BAC reading. Unfortunately, breathalyzer tests can be inaccurate because a variety of factors, including weather, health conditions, medications, and breathing patterns.

DUI – Driving under the Influence. This charge can refer to drunk driving or driving under the influence of illegal drugs or prescription drugs. DUI and DWI (Driving while intoxicated) are often used interchangeably.

Felony DUI – A more serious charge because of previous convictions, driving with a suspended license, an accident, and other factors. Felony charges result in longer jail time and steeper fines.

Field Sobriety Test – A series of physical exercises administered by a police officer when a suspect is pulled over. These exercises are designed to assess the suspect’s coordination, balance, eye movement, and ability to follow instruction.

Horizontal Gaze Nystagmus Test – One of the primary exercises uses in a field sobriety test. A police officer asks a suspect to follow a finger or a pen with his or her eyes in order to track steady eye movement.

Impaired to the Slightest Degree – A unique aspect of the harsh DUI laws in Arizona. In this state, you can be found guilty of a DUI even if you were not legally intoxicated. All that is necessary is any proof of impairment.

Misdemeanor DUI – Typically a first- or second-time offense qualifies as a misdemeanor. Though a conviction is still serious, misdemeanors carry more lenient punishment than felony charges.

Miranda Rights – A set of rights that police officers must recite at the time of arrest, otherwise anything the suspect says must be thrown out during trial.

Preliminary Breath Test (PBT) – A portable breathalyzer machine carried by police officers to obtain a BAC reading. These tests are voluntary, and subjects should not agree to take them. Bear in mind that this is different from the breath test that follows arrest. If you refuse to take this test, your license will be automatically suspended for 12 months.

Probation – A shorter jail time in exchange for good behavior. If the terms of probation are violated, you may be required to complete your original prison term.

Rising Curve Defense – An effective argument used to defend DUI suspects in a court of law. Because the body takes a while to absorb alcohol, a suspect may have been sober when they got behind the wheel, but their BAC may have risen to the level of intoxication while driving.

If you are facing DUI charges, contact our offices today to schedule a consultation.