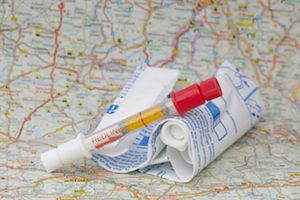 There are recent DUI appeals and higher court opinions regarding DUI cases in and around Phoenix, AZ, that may have an impact on future Arizona DUI cases. Attorney James E. Novak is well versed in the latest laws, updates, and appeals that can be referenced to defend you in your case. Several cases have recently gone to the Arizona Supreme Court resulting in landmark decisions affecting DUI cases for both alcohol and marijuana use. Skilled DUI attorneys pay close attention to Supreme Court decisions, and then use these decisions for their clients’ defense. If you have been accused of a DUI and are searching for a skilled DUI lawyer who keeps up with new DUI rulings and laws, contact The Law Office of James Novak today.

Several cases have recently gone to the Arizona Supreme Court resulting in landmark decisions affecting DUI cases for both alcohol and marijuana use.

In an April 2016 case, the Arizona Supreme Court ruled that police are not permitted to tell drivers that they are required to submit to a breath test. Under Arizona law, you are only required to submit to an alcohol test such as a breathalyzer or blood test if the police officer has obtained a warrant from a judge. The ruling states that telling a driver that submitting to an alcohol test is required is a violation of the Fourth Amendment.

Instead, according to the ruling, officers should ask suspects to submit to an alcohol test. If a suspect refuses then the officer must explain to the suspect that refusing an alcohol test can result in non-criminal penalties, such as the suspension of his or her license for one year or more.

In April 2015, the Arizona Supreme Court ruled that the faulty blood tests from a Scottsdale crime lab were admissible in trial. This ruling states that defense attorneys can present evidence of alcohol and drug tests and equipment shortcomings, even if the defendants’ results were not faulty. This ruling will allow evidence of other potentially faulty equipment such as breathalyzers.

In a November 2015 case, the Arizona Supreme court ruled that while a medical marijuana card does not permit driving under the influence of marijuana, the card can be used as an affirmative defense. In Arizona, those with a card are permitted to buy, possess, and use medical marijuana without penalty. However, Arizona law also has a zero tolerance policy against driving under the influence of drugs. This means if you are pulled over with the residue of marijuana in your system, known as metabolites, you will be charged with a DUI, regardless of whether you were impaired.

In a defense, a medical marijuana card can be used to acknowledge that the defendant had metabolites in their system and that it was the result of legal medical marijuana use. However, the defense must also prove that that the metabolite level present in the defendant’s system at the time of the arrest was too low to cause impairment. This is a difficult thing to prove, as there are currently no reliable means to measure metabolites and the level of impairment that they cause.

If you have been accused of driving under the influence, it is important that you work with a skilled and knowledgeable DUI attorney who will examine every possible angle to ensure your case is either dismissed or that your charges are reduced. Contact The Law Office of James Novak today for an initial case consultation.