Home
About Us
Do I Have a Case?

Do I Have a Case?

James Novak can Provide Defense in Your DUI Case 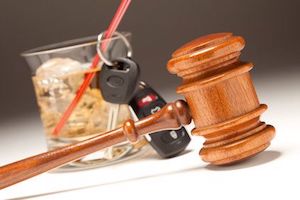 If you are facing a DUI case in the greater Phoenix area, you may be feeling hopeless or confused, wondering how you will fare in a court of law. DUI cases can be difficult, particularly if you are facing felony DUI charges, or if you are a repeat offender. Emotions regarding drunk driving run high, and evidence may seem irrefutable, particularly if your blood test showed an elevated BAC. In addition, Arizona drunk driving laws are among the toughest in the nation, and all that is required for a conviction is proof that you were “impaired to the slightest degree.”

Fortunately, if you have been charged with a DUI, there is hope. Attorney James E. Novak is an experienced DUI attorney who has helped clients by achieving reduced or dismissed charges. When you visit our office, the first thing he will do is conduct an extensive interview and investigation to determine whether there is a strong case in your favor. Because there are so many factors that play into a DUI charge, there is a strong possibility that Novak will find solid ground for a legal defense. Contact us today to learn more.

Many times, clients are unjustly accused of drunk driving because of an inaccurate field sobriety test. These physical tests are difficult, and police officers have a tendency to assume subjects are intoxicated while they score them. The results can also be thrown off by a variety of factors. For instance, field sobriety tests should not be administered to those who are more than fifty pounds overweight, are over the age of 65, have injuries to their hips, knees, or back, or are wearing two-inch heels or higher. A subject might also perform badly on a test because of nervousness, the weather, or insufficient instruction.

Breath and blood tests can also be inaccurate and lead to an unjust accusation. Breathalyzer tests can show erroneous results because of breathing patterns, and police officers will often encourage suspects to breathe harder in an attempt to influence the test results. Breath tests can also be affected by humidity, smoking, medications, a higher temperature, or experiencing heartburn. Blood tests must be administered by a qualified analyst to be considered legally binding proof.

If law officers do not obey the correct procedures regarding a stop and arrest, this could be enough to have a DUI case dismissed. Examples of improper protocol include:

There are a number of other import factors that could help Novak to craft an effective defense strategy. For example, because it takes about 30 minutes for the body to fully absorb alcohol, a driver could get behind the wheel sober and, half an hour later, he or she could have a BAC over the legal limit. In other cases, Novak could argue that the suspect was not actually driving at the time of the arrest or that a police officer's testimony was biased or inaccurate. The possible legal defenses in a DUI case are varied, and depend on the specifics of each case.

To find out whether you have a viable DUI defense, call the law offices of James E. Novak today. He will be happy to provide you with a thorough consultation and begin an exhaustive investigation of your case. Once he determines that you have a workable defense, he can craft a strong argument in your favor and will work to get your charges reduced or completely dismissed.